Out of all the plumbing you use daily, Phoenix home shower plumbing is one of the most important for finding your daily comfort.  How great is it to come home after a long day and be able to enjoy a warm shower?  How do you get the most comfort out of your shower?  And how do you do it while spending the least amount of money, both to install and over time for monthly utility costs?  Well, most of that comes from your choice of shower head.  So what are your choices when it comes to shower heads?

The standard shower head is a single spray head.  It usually comes with a function to switch between multiple spray methods and has a ball joint which allows the head to be rotated to change the direction of spray.  Because these shower heads are so basic they are inexpensive, prices can range from $5 to $50, but a nicer looking finish can end up costing more.

Another shower head common to Phoenix Home Shower Plumbing is a hand-held shower head.  This shower head is a mounted on a handheld rod attached to a long flexible pipe, allowing you to remove it from the wall and move it around to reach hard-to-get areas.  This system may run you up to $200 again based on finish and quality of fixture.

One option for those who prefer more of a rain fall like shower is a ceiling mounted shower head.  Mounting the head on the ceiling allows the water to fall straight down to you, creating the sensation of rain.  These systems spread the same amount of water over a greater area, creating a feeling of lower pressure and using less water in the process.

The last common shower head uses a sliding bar.  The sliding bar allows for quick and easy height adjustments, meaning different users can adapt the shower to their own height.  While it is possible to change the direction of spray with a single spray head, it can't adjust to drastic differences as well as a sliding bar.  This system can be quite useful for a shower that will be used by a variety of people such as a guest bathroom.

One thing that you as a homeowner should look for in order to help you save money is for your shower head to have an aerator, which adds air to the water, making it feel higher-pressure while using less water.  This feature will save you a significant amount of money yearly.  Hopefully this will help you with your next Phoenix home shower plumbing needs.
Posted by Unknown at 3:15 PM 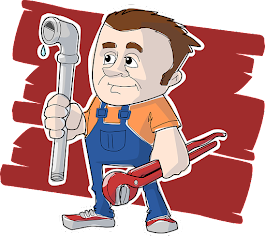